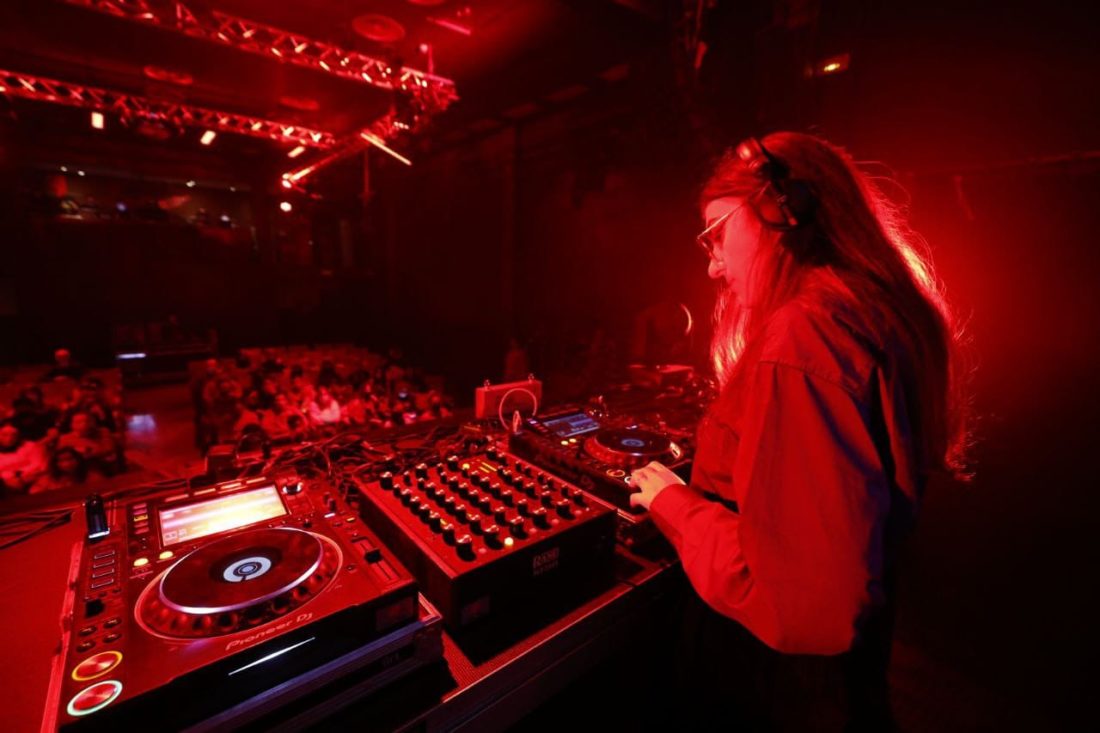 The study, with the audience participation at the Sónar festival, was carried out by a team of neuroscientists from IDIBELL and the University of Barcelona with the artist Alicia Carrera.

The past 16 June, the Bellvitge Biomedical Research Institute (IDIBELL) presented at Sónar+D the results of the “Being a Curious Music-Mind” experiment, carried out last year at the same festival under the framework of the L’Hospitalet City Council proposals. This innovative study demonstrates that the curiosity experienced at listening to new music can predict whether we will spend money on that song, the interest it arouses in learning more about it, and whether we will remember the song over time (impact on memory).

Alicia Carrera, DJ of the experiment session; Robert Zatorre, a neuroscientist at the Montreal Neurological Institute; and the team of neuroscientists from IDIBELL and the University of Barcelona led by Antoni Rodríguez-Fornells composed the round table that took place today at the Sónar+D at Fira de Barcelona. They exposed the results of the first naturalistic experiment in which, through a mobile phone application, the musical curiosity experienced by 150 people during an electronic music session created expressly for the occasion was evaluated.

Apart from the correlation between musical curiosity and memory or decision making, the experiment showed that the curiosity and pleasure we experience listening to a song are highly related parameters that also affect the degree of absorption. “By feeling this combination of curiosity and pleasure for a song, it may be easier for us to get into the song and let ourselves go,” says Gemma Cardona, a researcher at IDIBELL.

In addition, the study also observed that similar songs are evaluated differently. However, people with similar profiles do give similar evaluations. In other words, internal factors, for example, musical sensitivity, personal variables, previous experiences with the type of musical genre, musical tastes, etc., have much more impact on music evaluation than external factors, such as the specific structure of a piece.

“The strength and consistency of these results open the door to expand the study and include other musical styles and populations that corroborate our results,– says Dr. Antoni Rodriguez-Fornells, head of the Cognition and Brain Plasticity research group at IDIBELL, the UB and member of the Institute of Neurosciences (UBneuro)- Knowing how the brain decodes music into a pleasant and rewarding experience is a fascinating question that could be crucial to understand how humans process more abstract stimuli creating aesthetic feelings, and how this depends on the intrinsic motivation that people develop throughout life for different artistic forms”.

This is a clear example of citizen science, where citizens had an active role in the scientific study. During the first phase of the experiment, which took place at Sónar+D in 2021, the participants were exposed to new musical pieces and answered a series of questions on mobile phones throughout the session that DJ Alícia Carreras performed at the Barcelona Center for Contemporary Culture (CCCB) and the Salamandra Hall in L’Hospitalet. The questions in this first phase were about the curiosity, pleasure, and absorption that each piece of music induced to participants. In addition, the participants were encouraged to decide if they would spend money to learn more about that song.

In a second phase, the following day, the participants answered a questionnaire individually. During the process, to assess de memory, participants heard more musical pieces and had to identify if these corresponded to any of the pieces that sounded the previous day.

IDIBELL is a member of the Campus of International Excellence of the University of Barcelona HUBc and is part of the CERCA institution of the Generalitat de Catalunya. In 2009 it became one of the first five Spanish research centers accredited as a health research institute by the Carlos III Health Institute. In addition, it is part of the “HR Excellence in Research” program of the European Union and is a member of EATRIS and REGIC. Since 2018, IDIBELL has been an Accredited Center of the AECC Scientific Foundation (FCAECC).