The European Research Council (ERC) has awarded Mel Slater with an advanced grant. Slater is an ICREA researcher from the Faculty of Psychology of the UB, member of the Institute of Neurosciences and director of Event Lab, one of the 231 grants given in 2017 within the call for Advanced Grants. This is the fourth ERC funding grant Slater receives, he was awarded another Advance Grant in 2009 and received two Proof of Concept grants in 2014 and 2016.

Mel Slater has received this Advanced Grant for the project Moments in time in immersive virtual environments (MOTIVE), which analyzes how virtual reality can be used to live through a historical event so that participants feel they are there (Place Illusion) and perceive the events that are happening as real (Plausibility). In particular, the research will be constructed around recreating a famous rock concert from the 80s. A theory of Place Illusion will be developed based on the predictive coding model of brain functioning, from which a universal measurement will be derived. The Plausibility Illusion will be modelled in a similar way and the corresponding universal measures will be derived from it too. 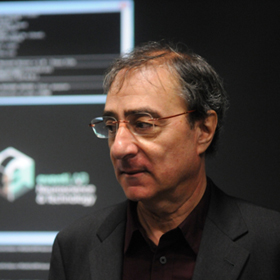 In this experiment, participants will embody a virtual perspective of a life-sized body that moves as they do. “We will analyze the concept of body ownership and its consequences for attitudinal, behavioural, cognitive changes and decision-taking. We will also provide people with unique experiences of the virtual events, and will carry out a series of experiments to assess the effects of being transported back in time”, says Mel Slater. To enable people moving around this space, researchers will analyze the paradigms for virtual walking.

The long term goal of the project is to understand how to capture treasured past moments which were lost in time, throughout their reproduction in attention bias modification (ABM), resulting from virtual reality.