The Institute of Neurosciences  (UBneuro) was created under the premise to gather all research at the University of Barcelona that focused on a common goal: understanding the nervous system as a whole to give response to society challenges. It is a frontrunner in international neuroscience research, being one of the few institutes in the world that investigates the brain at every level. This includes research groups in neurobiology, neuropharmacology, pathophysiology, neurology, psychiatry, clinical psychology, neuropsychobiology and cognitive neurosciences.

The Institute has been awarded with the María de Maeztu Excellence Unit accreditation, and gathers near to 450 researchers from the University of Barcelona, in the multicultural city of Barcelona. We encourage and welcome collaboration with international research groups and organisations. 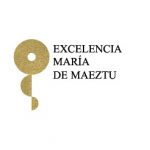 Our members enjoy benefits such as being part of a close community, learning from some of the best neuroscience researchers in the world, collaborating in both the private and public sectors, and state-of-the-art facilities.

The Institute of Neurosciences is managed by a Steering Committee chosen by election among all the Institute’s members, and by a Board of Directors appointed by the Committee. This Board of Directors is constituted by the Director, the Secretary and the representatives of the Research areas. The Institute is managed according to the regulations of the University of Barcelona for research institutes, approved by the University Government Council on the 21st March 2006.